The Animals and the Children Took to the Streets

The show premiered in the Sydney Opera House, Australia October 2010, and toured extensively across USA, UK, Australia and Asia.

In 2013 Lillian worked as the musical director and composer on the recast tour in 2013. Role: Composer, Pianist & Lead Singer 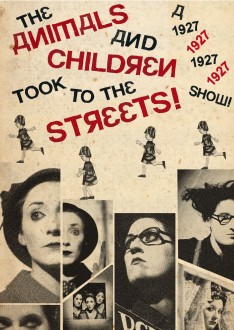 Previous Project Back to portfolio Next Project